Saying Yes to God—The Solemnity of the Annunciation

Saying Yes to God—The Solemnity of the Annunciation

We all have an idea of who Mary is, right? She’s the Mother of God. But it can be hard to see what that means for you and me. Aren’t we supposed to be focusing on our relationship with Jesus? How is getting to know Mary going to help us get to heaven?

Every year on March 25th, we have an opportunity to reflect upon Mary’s story and the very moment that she said yes to God’s plan and accepted the invitation to heavenly motherhood. On the Solemnity of the Annunciation, we not only recall Mary’s courageous “yes” to God, we also celebrate the Incarnation of Christ, our Savior. For it was there, in the womb of a woman, nine months before the celebration of the manger, that “the Word became flesh and made his dwelling among us” (John 1:14).

Spend some time with God right after watching Bishop Barron’s video and listen to how he is calling you. 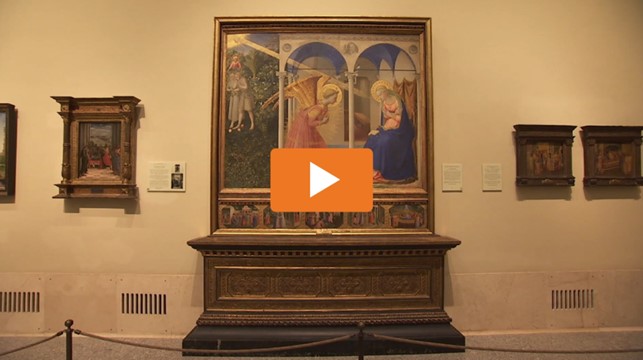 Bishop Barron on the Annunciation

The Church Fathers were fond of exploring the relationship between Eve, mother of all the living, and the new Eve, Mary the Mother of God. Where Eve grasped and lost, Mary surrendered and received; where Eve said no to the alluring mystery, Mary said yes.

The angel of the Lord—an agent from a realm beyond what can be seen and known—appears to the maid of Nazareth and greets her in what Balthasar describes as the language of heaven: “Hail, full of grace.” The sinful earth is a place of grasping, but the angel salutes her as someone who is ready to accept gifts.

Then he lays out for her the divine plan in which she is to play a signal role: “And now you will conceive in your womb and bear a son, and you will name him Jesus. He will be great, and will be called the Son of the Most High” (Luke 1:32). Standing still within the confines of what she can know, Mary responds, “How can this be, since I am a virgin?” What the angel has told her does not conform to her expectations, and she is, understandably enough, puzzled.

Then the messenger says: “The Holy Spirit will come upon you, and the power of the Most High will overshadow you” (Luke 1:35). In other words: someone much more powerful than you will overwhelm your physical, moral, intellectual, and spiritual capacities, and in the measure that you cooperate with this intervention, you will come to a life you hadn’t imagined.

Finally, he reminds Mary of her cousin Elizabeth’s unlikely pregnancy and adds, “Nothing will be impossible for God” (Luke 1:37).

Søren Kierkegaard, tweaking the noses of the tidy rationalists of his day, said that authentic faith is a “passion for the impossible.” It is a surrender in love to that which the mind (the too-often arrogant determiner of what is and is not possible) cannot see.

When Mary says, “Here am I, the servant of the Lord; let it be with me according to your word,” she exhibits such faith and thereby undoes the refusal of Eve. And this fiat to the impossible made possible the Incarnation of God.

In accepting the seduction of the alluring Mystery, Mary allowed God’s love to become enfleshed for the transformation of the world. In the Catholic faith, Mary is praised as the mother of the Church, the matrix of all discipleship. What this means is that her fiat is the ground and model of every disciple’s response to God’s desire for incarnation.

Meister Eckhart said that all believers become “mothers of Christ,” bearers of the incarnate word, in the measure that they acquiesce to the divine passion to push concretely into creation.